Microbial Advent Calendar 2k18 – Another exception to a rule

For the 1oth (!!!) Microbial Advent Calendar we are not moving away very far away from our “Wolbachia Special” and we look at a very recent study describing an extracellular Rickettsia. Why is this fascinating and worth mentioning? Well because to date all the known Rickettsiales (the whole order of Alphaproteobacteria) were host associated endosymbiont or parasite.

On the extreme spectrum of Rickettsiales sits the mitochondria (the POWERHOUSE OF THE CELL!), which is the ultimate example of Prokaryote endosymbiont becoming a Eukaryote organelle. This led to thinking for the longest time that the whole phylogenetic clade has obligatorily intracellular bacteria with reduced genomes and limited metabolic capabilities.

However, Microbiology is like French Grammar, to every rule you will find an exception. A recent paper did just describe the first extracellular Rickettsiales, “Candidatus Deianiraea vastatrix”. This bacteria has been found to be colonizing the ciliate protist Paramecium primaurelia. It attaches to the outer membrane of the paramecium and is thought to be a parasite.

This paper also hopes to restart the debate on when the intracellularity of Rickettsiales happened. It was hypothesized that it was an early event in the clade’s evolution but now the authors bring forward phylogenomic evidences for an alternative theory suggesting a late evolution of intracellularity which could have happened multiple time in parallel during the Rickettsiales history.

If you are interested check out the recent preprint from Castelli et al., on BiorXiv. 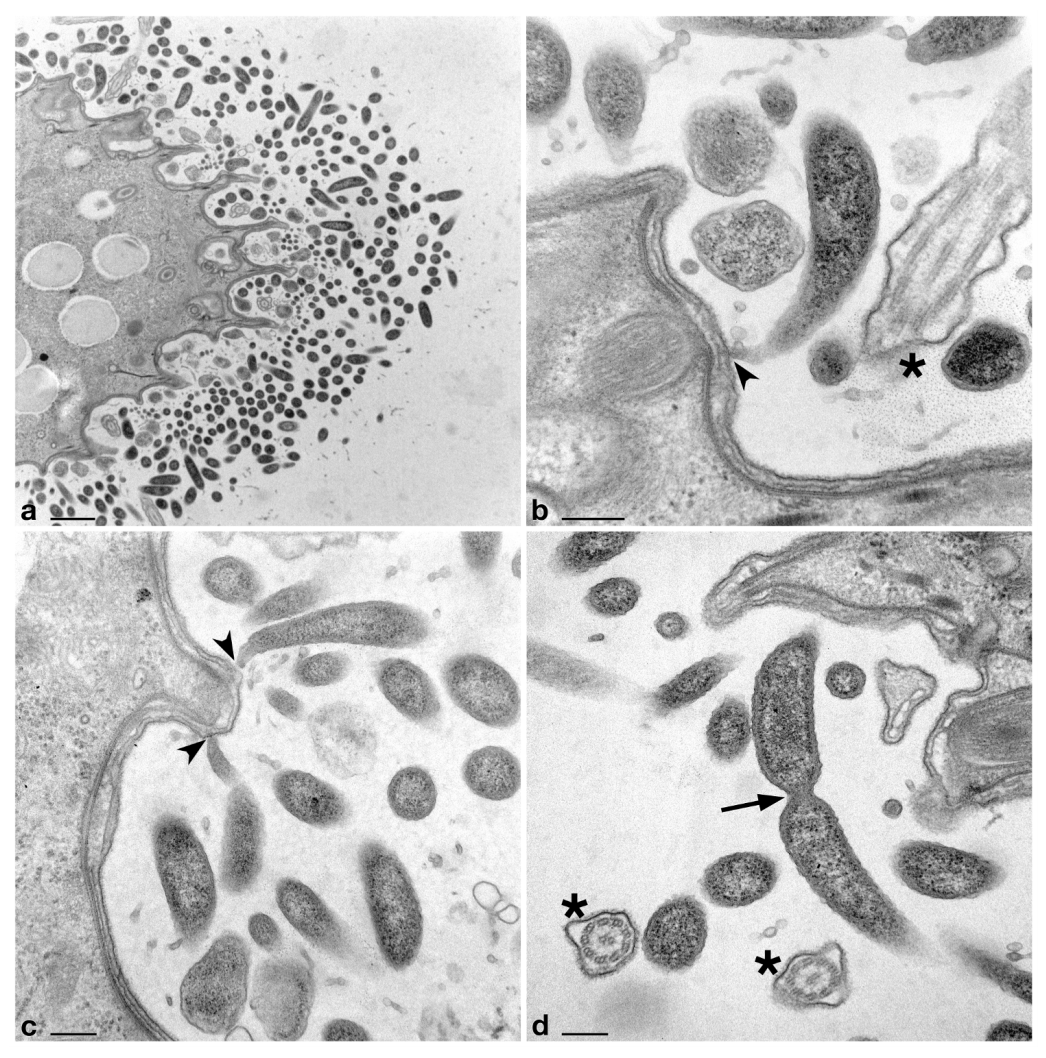 The paper has some beautiful TEM images. Panel A is an overview and on panel B and C you can see arrows pointing toward bacteria attached to the Paramecium outer membrane.