By AdrienDecember 21, 2018Fun
No Comments

Twentieth Microbial Advent Calendar! Can you believe it? Today we have a look at another insect-bacteria symbiosis: the rice weevil. We saw this month that insect often establish symbiosis with bacteria. Symbiotic bacteria can play important roles in the life of insects affecting their reproduction, complementing their diet, increasing their resistance to pathogens or to other external stresses.

Weevils are one of the most diverse and widely distributed insect groups on Earth, they belong to the superfamily Curculionoidea which embraces around 220,000 existing and 62,000 described species. Who knew?! Among this incredible diversity, seven subfamilies have been described to be associated with bacterial symbionts. In those species, the bacteria are housed in organs very similar to the one we saw earlier in the leeches (here). The location is also pictured on the panel on the right. Interestingly, as the bacteria are mainly located in those organs close to the digestive tract they are also located in two subsidiary organs close to the reproductive tract. This secondary location ensures the transfer of the bacteria to the next generation. 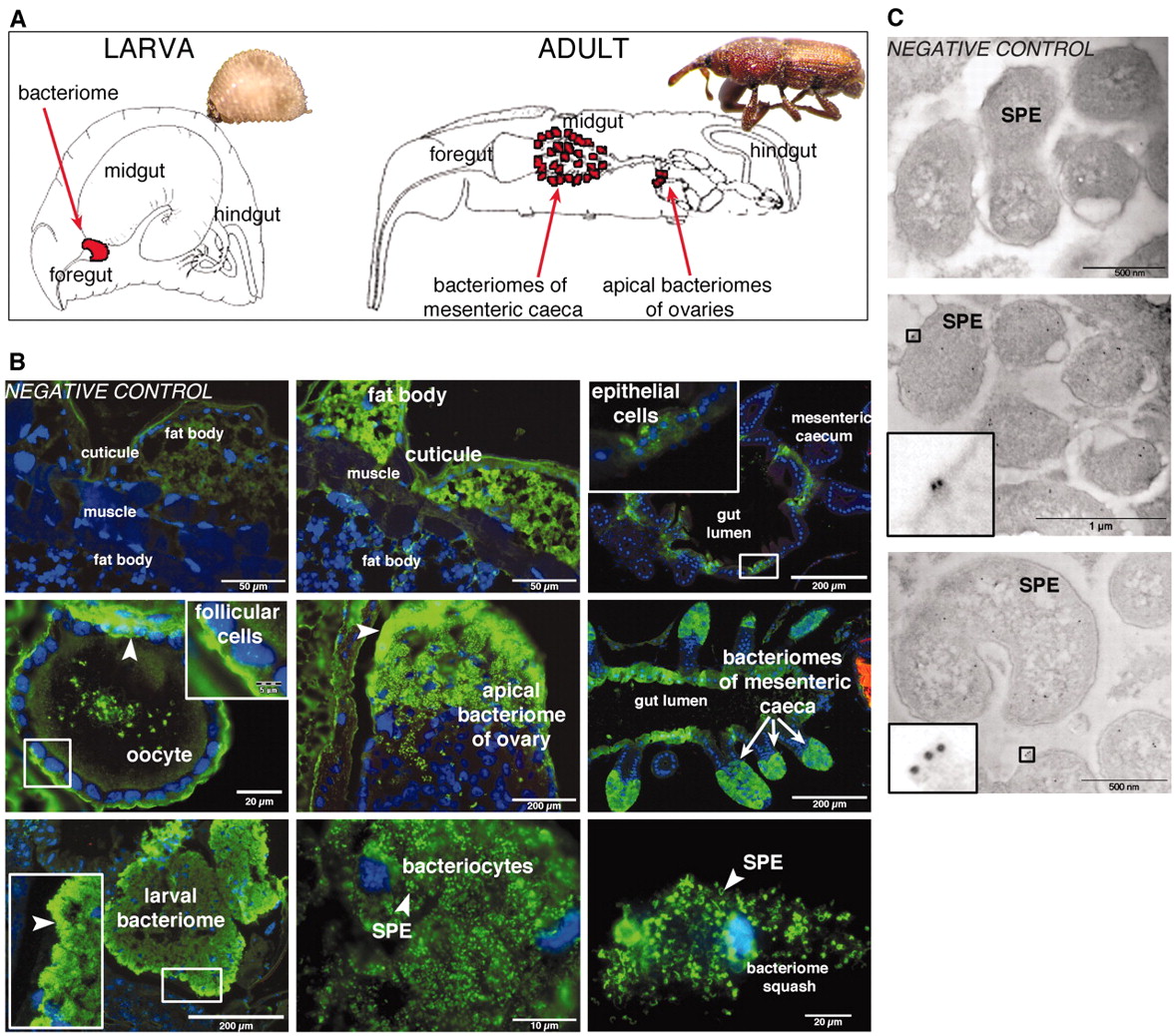 The endosymbionts belong to the genus XXX of Gammaproteobacteria which has only been described in the weevils so far. To date, it is still unclear what the benefit is for the weevil to house those bacteria.  Studies looking at the bacterial genome found that they were quite reduced, indicating an intimate association which has long coevolved. This is also supported by one stunning characteristic of the weevils, they secrete at least two antimicrobial peptides in order to keep the bacteria in check in their housing. So on one side, we have a bacteria reducing its genome showing intimate evolution and on the other host molecular adaptation showing bacterial taming and still, in some case treating the host with antibiotic did not have a clear deleterious effect.

This is indeed a fascinating system to keep an eye on!