By Adrien December 17, 2018 Uncategorized
No Comments 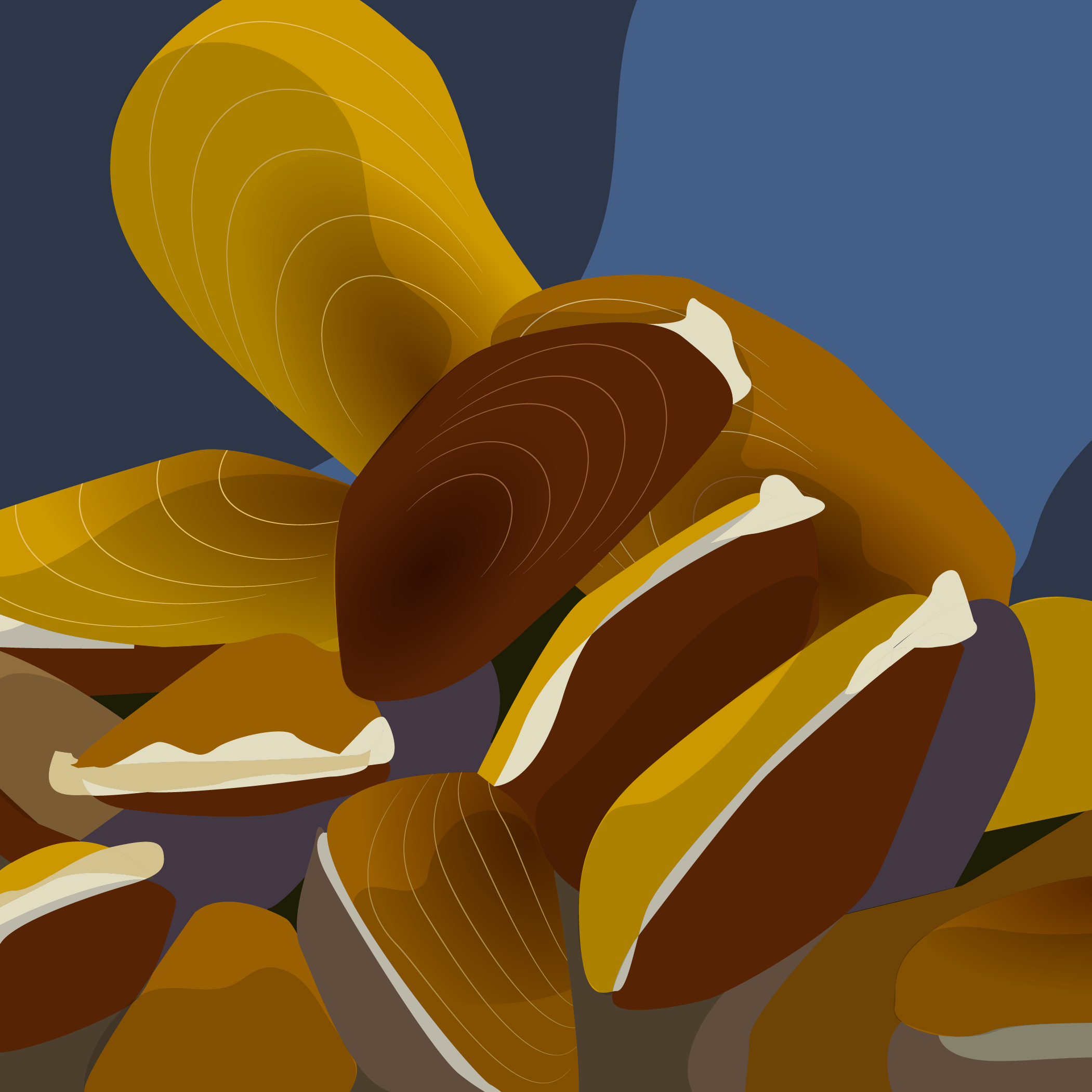 After a short break, we stay in the deep sea with another fascinating symbiotic system. For this Microbial Advent Calendar weekend, we have a look at the bathymodiolin mussels! I personally worked with those mussels during my Ph.D. and they keep on fascinating me as an organism capable of establishing so many different associations with bacteria. They were first discovered and described at the same time as hydrothermal vents. If the existence of hydrothermal vents, those gigantic bursts of hot water in the depth of the ocean close to tectonic margins, was hypothesized before being found, the presence of luxurious megafauna around them was pretty much a surprise.

After their initial discovery, the bathymodiolin mussels have been found everywhere around the world. Close to hydrothermal vents, but also close to cold seeps, which are pockets of gas or hydrocarbons on frictions zone slowly leaking into the water column. The common thing between these two deep-sea geological features is the presence of high quantities of sulfur compounds and methane, which is the source of energy and carbon for microbial primary producers. If the surface world has photosynthesis to fix inorganic carbon and redistribute it to the food chain, in the dark ocean depths, carbon is fixed through sulfur- and methane-oxidizing bacteria.

And to succeed in those reduced and extreme environments the bathymodiolin mussels established symbiotic associations with such bacteria.  The bacteria are housed in the first epithelial layer of the gills. In comparison to a normal mussel, they have overgrown gills taking up most of their body volume, a trick which increases the area of exchange between bacteria and seawater. The tweet on the right, which is a whole mount fluorescence in situ hybridization picture of a Bathymodiolus mussel by Miguel Ángel Gonzalez Porras from the Max Planck Institute in Bremen, shows perfectly the bacteria (in red) packed in individual mussel cells!

There must be something special about the epithelial gill tissue of #bathymodiolus mussels that makes it like a magnet for marine symbionts! Mutualistic, parasitic and even new #friends to be revealed! All marine microbes want to live in this awesome biorreactor! pic.twitter.com/sKDifmn2tN

Loaded with bacteria harnessing the abundant chemical resources in their surroundings, the bathymodiolin mussels are very successful and settle around vents and seeps in large and packed fields. You can find good reviews on the subject here and here. What is fascinating about those bivalves doesn’t stop there, beyond the fact that they host one or two primary symbionts (sulfur or methane oxidizers) they can in some cases host a variety of additional bacterial species.

Some of those bacteria are small variations of the primary symbionts, for example, multiple species of methane oxidizers. Here is a good paper on such associations. They also have associations with more exotic bacteria like Cycloclasticus – bacteria that are hydrocarbon degrader and are found close to oil seeps in the Gulf of Mexico (latest paper on this here). Other are intranuclear parasites like the Endonucleobacter bacteria living inside the cell nucleus of its host! The paper is here.

First thought to be present in low abundance, with some EM expertise (read: dark magic) from @NLeisch we soon realized they might be more abundant, nicely nested between the gills. Look at those pictures! pic.twitter.com/udlfBWSsj2

And the best association between bathymodiolin mussels and bacteria was done by your favorite blog host. A few years back we described an ectosymbiotic Epsilonproteobacteria colonizing the gill surface of those mussels and we decided to call them Thiobarba. The paper is here. In this paper, we had a look at the diversity and the localization of those filamentous bacteria on the different species of mussel. One of the most interesting facts was that beside the Esilonproteobacteria we do not find any other colonizer on the gills. Certain species of mussel are not colonized by the Thiobarba and upon closer examination, it seems that they are not colonized by anything else. This suggests that the mussel has systems in place to get rid of opportunistic bacteria, such as mucus secretion and cilia pushing stuff around. Yet somehow the Thiobarba managed to bypass them and stay firmly attached to the tissue. (Seriously even after formaldehyde fixation, buffer washing, shaking and manipulation we still found a large amount of them on the gills!)

In our most recent BiorXiv paper here we had a look at the genomes of those Thiobraba species to try to understand how the bacteria are living and what they are doing between the gills. Like many other deep-sea Epsilonproteobacteria, they can oxidize sulfur to get some energy but the most striking feature is how they fix inorganic carbon.

We described the presence of a Calvin Cycle in their genomes, and until now no Epsilonproteobacteria have been found using this cycle. They usually use the reverse TCA cycle, a cycle more efficient because it uses less energy to fix carbon. Then why the switch? Well, the rTCA cycle is more sensitive to oxygen and the Thiobarba are living on gills – a respiratory organ where oxygen is to be expected. This switch in how to get the carbon might have allowed the bacteria to colonize a novel habitat! To add to this story, when we looked where this cycle came from it turned out that the Thiobarba might have picked it up from the local sulfur-oxidizing endosymbiont! The bacteria took up what is currently working in the symbiotic bacteria to use it for its advantage! This is a beautiful example of bacterial plasticity and how they can adapt to a better place to live! 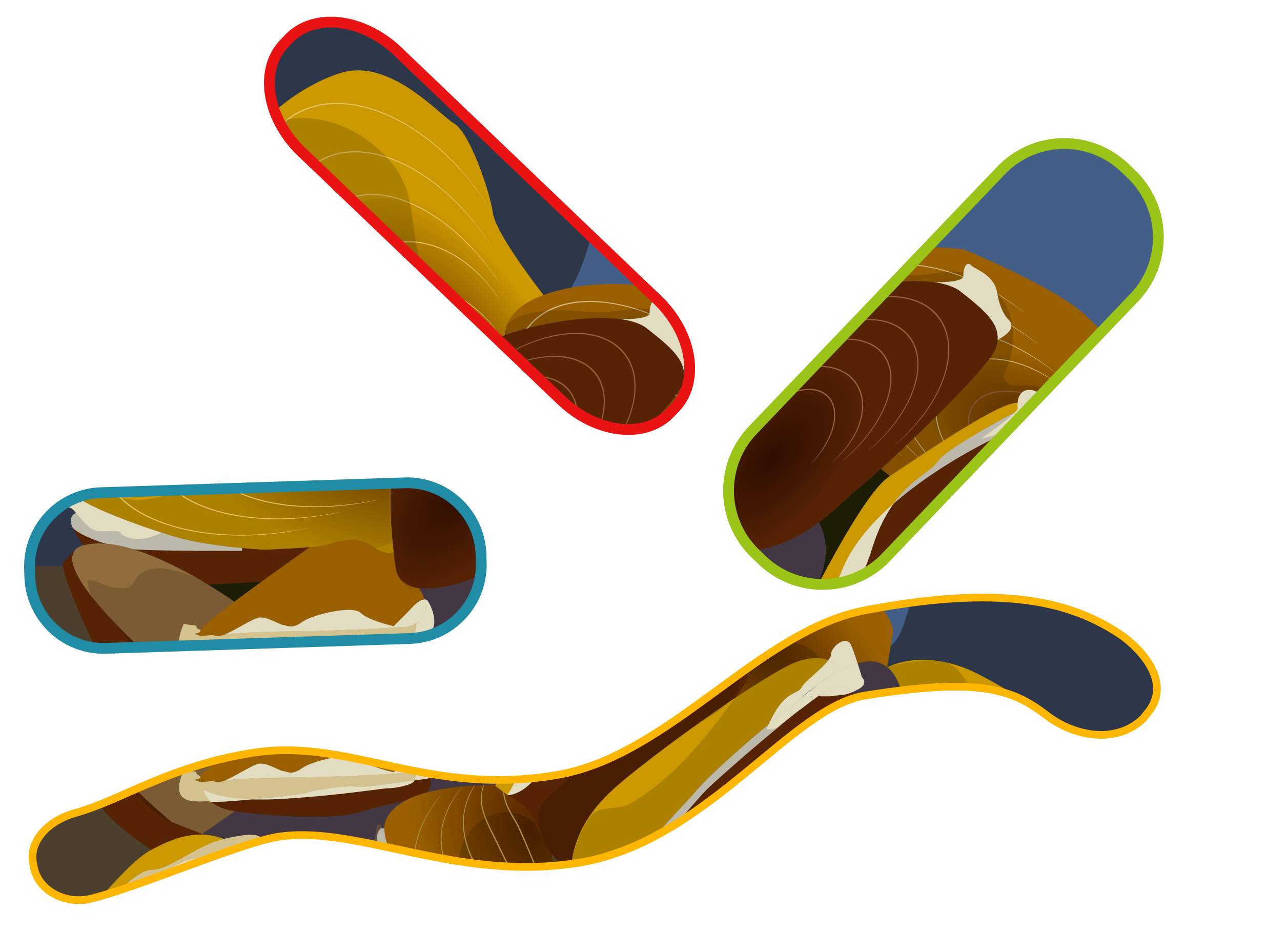