By AdrienDecember 2, 2018Fun
No Comments 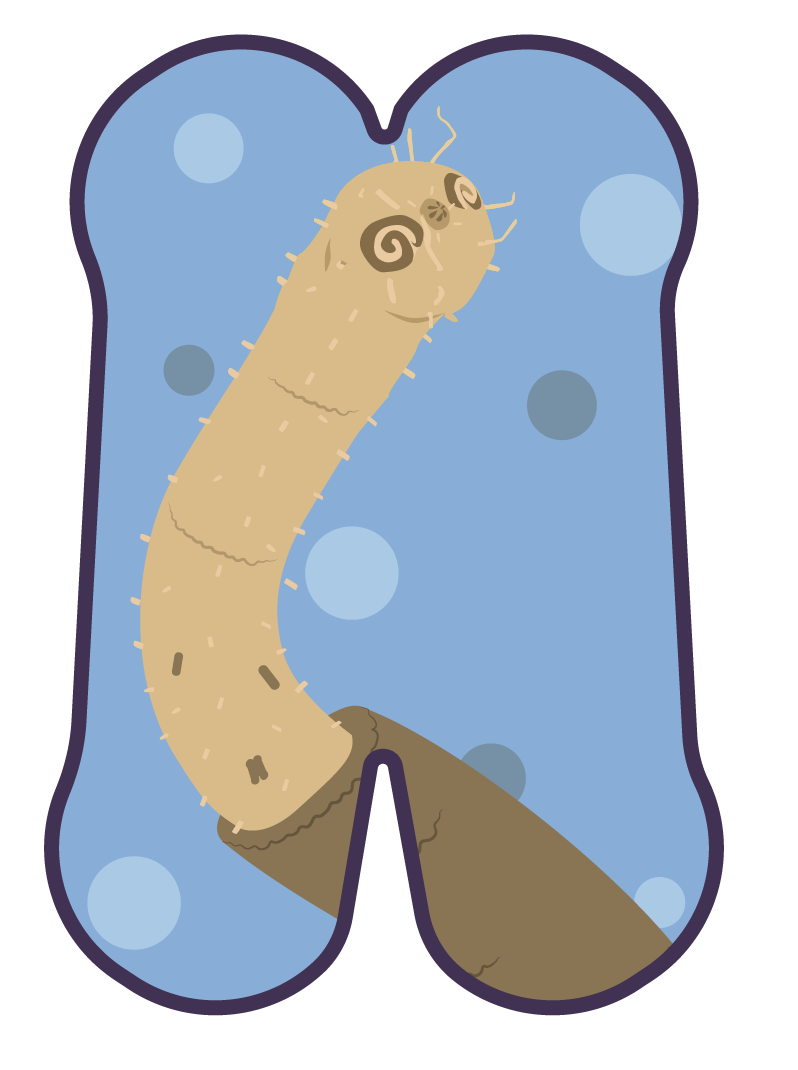 The second day of the Microbial Advent Calendar and today we have a sneak peak into the incredible world of nematodes associated with bacteria. There is an incredible diversity of host-associated systems in the nematode realm, today we a have a look at Laxus oneistus. This worm looks like, when you look very closely, something straight out of a fantasy story of  giant worms living in dunes or other deserts… In reality those tiny creatures crawl in the sand of shallow water beaches and other marine environments. They carry their bacteria like a coat. The bacteria are thiotrophs (they obtain their energy from the surrounding sulfur particles) and it is thought that they contribute to the host’s diet in some way, while in exchange they have a nice little niche to thrive “on”.

Today we focus more specifically on a twist in the bacterial symbiont’s replication. You see, usually when bacteria multiply, a single bacterium elongates in length and then splits in two. Like the blue Escherichia coli in the panel below. 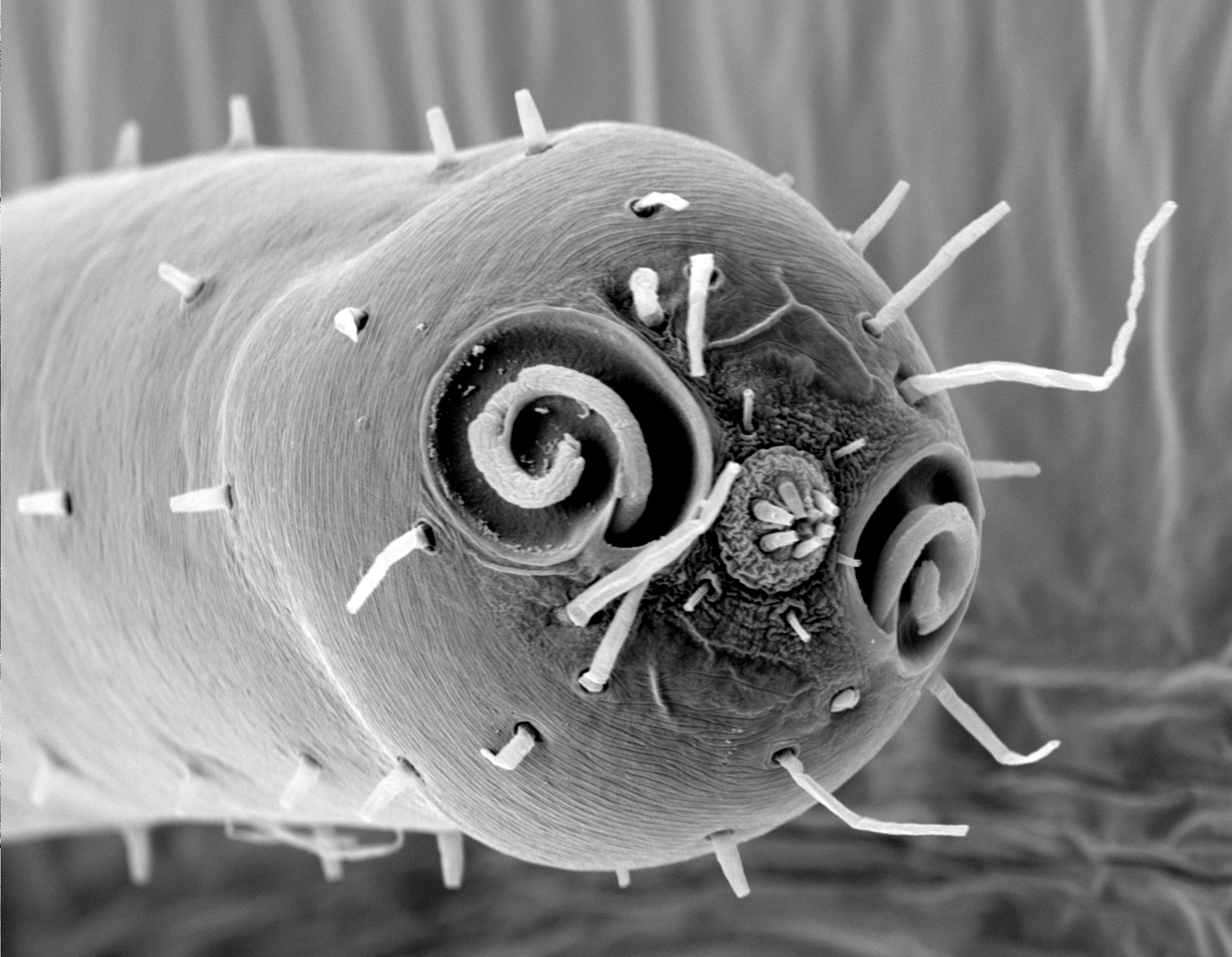 A Laxus oneistus up close!
This transmission electron microscopy (TEM) picture of the nematode head shows how they are things of Science Fiction! The spiral structure are thought to be sensory organs.
Picture courtesy of Nikolaus Leisch 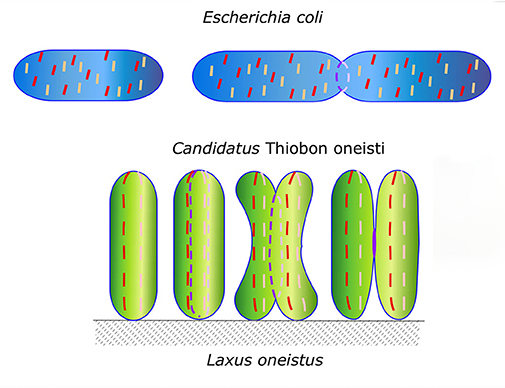 However, the nematode-associated bacteria are all attached to the worm’s cuticle like a picket fence, therefore if they were to multiply like regular bacteria one would always fall off the worm. The solution to this tricky problem? Instead of dividing by length, they divid by width and this way both cells stay on the host! An example is shown with the green bacteria in the schematic.

A few studies have looked at how this is happening on the molecular level. If you want to learn more about this, it was described by Martin Polz in 1994 (paper here), then dissected in more detail by Nikolaus Leisch in 2012 (paper here) and Nika Pende in 2017 (paper here). The last two papers were done in the lab of Silvia Bulgareshi.